An ancient specimen of cultural history grows in Ano Vouves - a remote town, located on the Greek island of Crete. 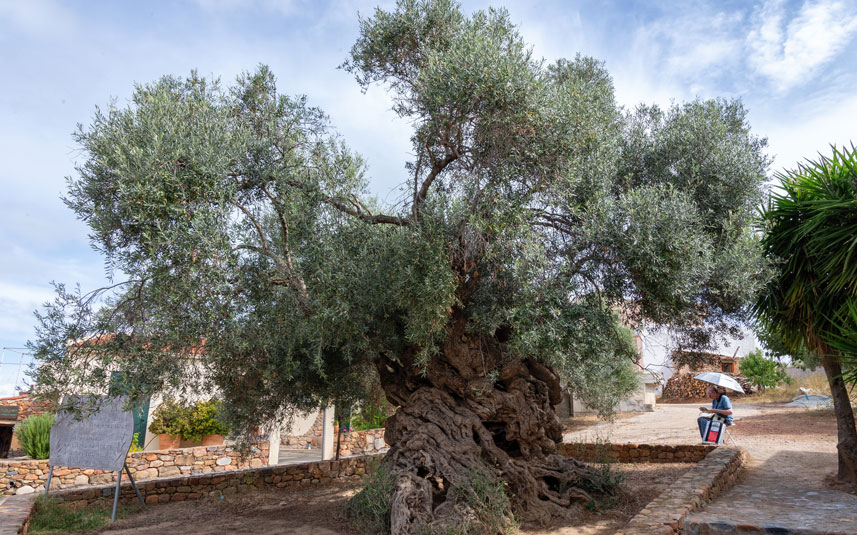 Here, the Monumental Tree of Vouves (known to Greeks as Ελιά Βουβών, or Eliá Vouvón) still grows and bears fruit - thousands of years after it was first planted in this soil.

While the tree’s exact age has long eluded dendrologists, the use of modern techniques suggests this may be the oldest olive tree in existence - outdating Montenegro’s Stara Maslina by more than 1,000 years.

While olive trees have been cultivated by humans for their fresh, delicious natural olive oil and edible fruits since the beginning of the Holocene period, they are notoriously hard to date, given their often evergreen nature, and the unique climate and environmental conditions within which they tend to thrive.

The study found that patients receiving the flavorful EVOO-enriched chocolate combination had “significantly increased” levels of EPC and high-density “good” cholesterols, as well as “significantly decreased” blood pressure, and other benefits.

Those who wish to determine the age of the Eliá Vouvón face additional challenges. First, the Eliá Vouvón has lost the majority of her heartwood. This means it is impossible to determine an accurate age using radiocarbon dating methods, which rely on measuring the presence of certain carbons within the tree’s core.

Also, because of its hardy nature, Eliá Vouvón (like many other ancient olive trees) appears to have survived an event which leveled the original olive tree to the ground. New shoots then sprouted and rose from the original root and stump in a ring of new growth. That second growth now forms the hollow “trunk” we see today.

According to Wikipedia, scientists at the University of Crete have estimated the tree’s age at approximately 4,000 years old. Circumstantial evidence of the accuracy of this estimate includes the presence of a nearby cemetery dating to the Geometric Period (approximately 700-900 BC), as well as the presence of younger (though still ancient) olive trees in the area which appear to be cuttings or grafts of the Eliá Vouvón.

Though the evidence is inconclusive, what modern technology has been able to give us is a handful of interesting ways to preserve and experience this unique and ancient lifeform - even from afar. In 2009, the Olive Tree Museum of Vouves was inaugurated in a nearby 19th-century house, and quickly got to work at using today’s cutting-edge technology to provide one-of-a-kind insight into the structure and nature of the Monumental Tree of Vouves.

Scientists teamed up with the Design & Manufacturing Laboratory of TEI Crete, to create an innovative record of the tree’s current existence. Using a terrestrial laser scanner in conjunction with state-of-the-art photography and modelling techniques, they were able to create an incredible 3D model of the trunk, including the tree’s exact dimensions at any height. (Spoiler: it’s more than 3 meters in diameter at its widest point!) They also created a 3D Panoramic view which allows viewers to experience what it’s like to stand within the tree’s hollow trunk. And, for those who may not be able to make the trip in person, a virtual tour of the Monumental Tree of Vouves Museum and many of its exhibits on ancient cultivation, olive oil production, and other educational topics are now available via the museum website.

Evidence of olive cultivation throughout Greece (as well as other areas of the world) dates as far back as the Neolithic Period. Which means that regardless of her actual age, the Eliá Vouvón is living proof of an ancient cultural heritage - and an immensely valuable source of insight into the lives of those who came before us.

At Bellucci, we’re fascinated by the ways in which modern technology can preserve our cultural heritage, and help us continue growing the delicious fruits which make our extra virgin olive oil legendary - for thousands of years to come! Want to learn more? Pour more Bellucci.