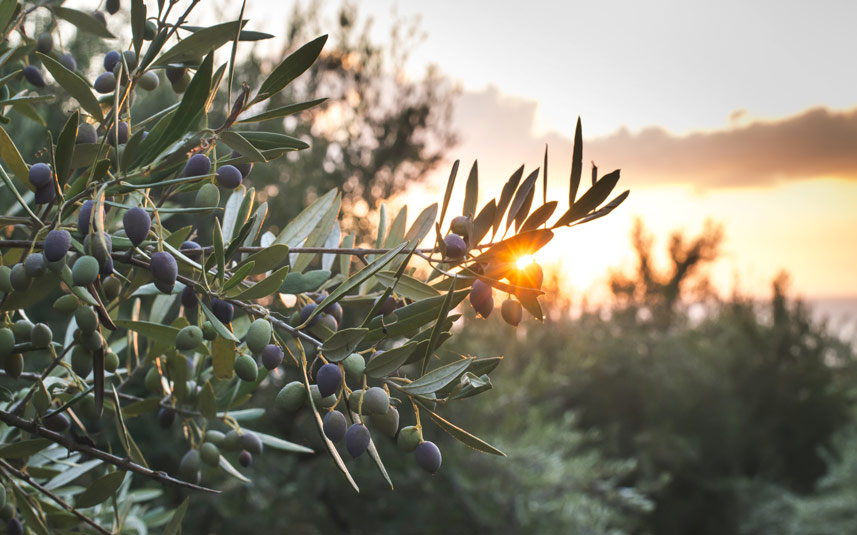 When heritage olive trees located throughout the UC Davis campus began dropping their oily fruits onto campus pathways, the university first saw it as a hazard. The overripe olives were a nuisance to bike riders and pedestrians alike, leading to incidents which cost the school nearly $60k in legal fees over the course of one year.

Luckily for UC Davis, one enterprising staff member saw an innovative solution. Sal Genito, then director of the Grounds Division, proposed that instead of fighting an ongoing battle against these troublesome fruits, the staff simply elect to harvest the ripe olives, and instead focus their efforts on olive oil production.

A feasibility study was launched, and the findings were positive. It appeared that by following Sal’s suggestion, the university could not only reduce operating costs, improve safety, and avoid expensive legal proceedings - they could also produce a unique product which actually contributed its own line of income.

Thus, the project was approved—and in 2005, UC Davis harvested its first batch of olive oil. Dan Flynn, who spearheaded feasibility efforts, was nominated to run the newly-established olive oil program and help define its future.

Over the course of the next few years, Dan helped push the fledgling program towards expansion by obtaining support from the College of Agricultural and Environmental Sciences, several faculty members, and many industry representatives. In January of 2008, the UC Davis Olive Center was born.

Nearly ten years from its inception, the Olive Center is a thriving research facility employing nearly 60 faculty members, research specialists, and farm advisors. The center owns and operates two orchards, which grow a wide array of olive varietals, and their world-renowned lab collaborates with international researchers and educators interested in olive oil production and olive cultivation.

The Olive Center’s goal is to pursue research and innovation with a fresh perspective applying modern scientific knowledge and technology to the heritage art of olive oil production, and to promote good stewardship of the ancient crop itself. Projects managed by the Olive Center are varied and run the full range of topics relevant to the industry with an emphasis on education, resource sharing, and collaboration between researchers and organizations worldwide.

The UC Davis Olive Center is fully self-funded and they sell their oil locally. Proceeds from sales of olive oil, as well as a line of olive-based skincare products, feed back into the budget to fund additional projects and research.

According to their website, the UC Davis Olive Center, since its founding in 2008, has contributed more than $5 million in research and campus resources, while supporting itself through product sales, course revenue, research grants, and donations.

These days, the Olive Center is teaming up with experts from all over the world to work together on ground-breaking research related to olive cultivation, production, tracing, and testing. Bellucci recognizes and celebrates these collaborative efforts, which help drive thoughtful and sustainable production of our favorite staple: delicious, high-quality olive oil.

From an expensive landscaping hazard to liquid gold contributing to a decade of successful, world-renowned research—game-changing innovation doesn’t get any more delicious than that!

Interested in learning more about how Bellucci also leverages cutting-edge research and technology to deliver fresh, authentic EVOO to your family? Pour more!