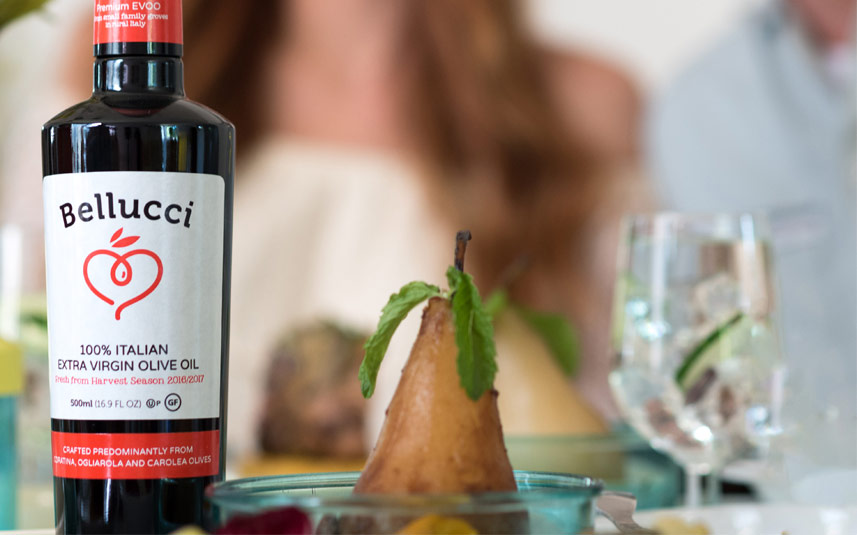 Extra Virgin Olive Oil is Key to the Mediterranean Diet.

New science indicates that one of the key factors of health may be the method in which the food is prepared with EVOO.

According to a new study published in the scientific journal Molecules, cooking with EVOO unlocks additional nutritional content which boosts the health benefit of dishes familiar to Mediterranean cuisine.

The traditional Mediterranean diet centers on a menu of fresh, whole foods—mainly fish, veggies, fruits, and olive oil—all of which support healthier metabolism, heart, and gut bacteria while helping to maintain healthy weight. According to researchers involved in the study, cooking with EVOO may increase the benefits of these foods, by making their nutritional content more bio-available.

The study focused specifically on the preparation of garlic, onion, and tomato—all vegetables that feature heavily in traditional Mediterranean cuisine. When sauteed in EVOO or prepared as sofrito, researchers found that health-giving bioactive compounds such as carotenoids and polyphenols were transformed in a way which made them more accessible and easily absorbed by the body.

Researchers proved that released carotenoids and polyphenols were also transferred to and absorbed by the EVOO used during cooking, making them far easier for the body to digest and absorb. The published results provide deeper insight into the role gastronomy plays when considering the effects of the Mediterranean Diet on overall health.

It was also discovered that the preparation of sofrito by traditional methods causes an increase in antioxidants and anti-inflammatory properties, likely attributable to a chemical change which occurs when cooking with EVOO and onions. According to researchers, sofrito prepared with high-quality EVOO contains as many as forty different phenolic compounds and a high amount of carotenoids, making it an ideal food for those seeking to improve cardiovascular health or insulin sensitivity.

Though focused only on specific foods, the study emphasized that cooking with EVOO promotes the body’s ability to absorb vital bioactive compounds, showing preparation with EVOO to be key in generating better health.