Puglia makes us who we are 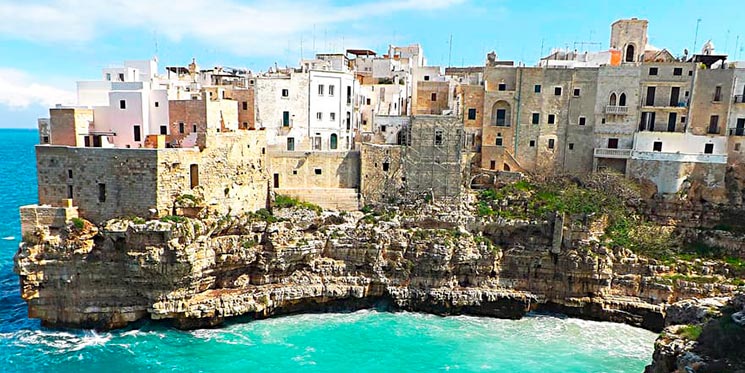 Puglia’s native coratina, ogliarola, and carolea cultivars are known for their special balance of fruity, bitter and spicy traits. They typically yield high amounts of oil per olive (21%-26%), and their flavor withstands medium to low heat. With much of its aroma remaining intact in cooking, it brings great flavor to any dish.

The southernmost portion of Puglia, the Salento peninsula, forms the high heel on the "boot" of Italy. The region comprises 7,469 square miles, and has a population of 4.1 million. Its capital city is Bari. A good portion of Puglia’s olive groves are exposed to coastal, maritime conditions.

Puglia is known for its sunny weather, whitewashed hill towns, centuries-old farmland and hundreds of miles of Mediterranean coastline. Alberobello and the surrounding Itria Valley are home to unique stone huts with conical roofs called “trulli,” while the city of Lecce is known as the “Florence of the South” due to its numerous examples of baroque architecture.